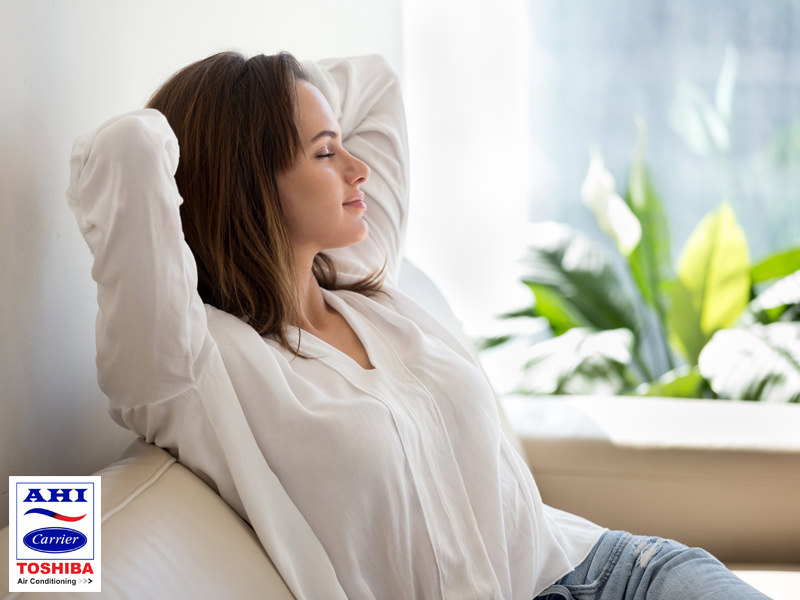 Those of us who sit in a car on the highway every day and then spend the next 8 hours in a cool and comfortable office (hopefully with a properly functioning air conditioning filter) often wish silently for “fresh air and sunshine.”

Interestingly, these two elements combine to offer some surprising health benefits. For example, the production of vitamin D is courtesy of the warming rays of the sun and improved blood pressure and a stronger immune system results from fresh air.

Who doesn’t want that?

The problem is that our modern lives don’t allow us to spend as much time outdoors as we would like. Does that mean that we aren’t getting enough fresh air?

A few short years ago, an AC unit meant a blast of cold air, and that was pretty much it. However, technology has advanced to the point where we can rely on our air conditioners to keep us safe and healthy.

Consider the latest generation of motor vehicles. Air conditioning systems monitor the levels of carbon dioxide in your car while you’re driving and will open external air vents if the CO₂ levels rise to a level which could cause sleepiness.

What about in our homes and offices?

An excellent example of advanced filter systems in our home and office air conditioners is the Toshiba IAQ Filter. 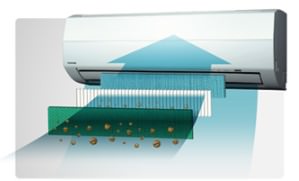 “Toshiba new IAQ filter is the latest product of the Toshiba laboratories for improving the indoor air quality of the residential air conditioners. Toshiba IAQ technology is able to seriously inhibit the activity of harmful bacteria and viruses (including avian influenza).”

Another exciting innovation is the Plasma Air Purifier which “absorbs and eliminates particles and pollutants such as dust, pollen, mould spores and viruses. It also deodorises air (removing tobacco odours, garbage smells etc.). It’s extremely effective: it can collect particles as small as 0.001 μm and is 10 times faster than standard filters.”

How does the Plasma Air Purifier remove a wide range of impurities?

The Argument For Air Quality

If we live in a city or in any built-up environment, then ‘fresh air’ may be at a premium. Traffic and other pollutants mean that we can’t just throw open our windows and breathe deeply. Yet, being closed in an office with recycled air due to an ageing HVAC system is probably not much better.

This is where anti-bacterial filters as mentioned above come into their own.

Whether you are recycling indoor air or sucking in outdoor air into the office, the advanced filter systems in place mean that you’re always breathing in pure, clean air – free from irritants, dust, many viruses and pollutants.

As you can imagine, the result of these incredibly efficient air conditioning filters includes better health for our families, less airborne illness in an office, lower respiratory infections in hospitals and schools, and a stream of healthy oxygenated air to allow us to function at our best.

If you are considering a new air conditioner at home, or your office aircon is not as efficient as it once was, we’d like to encourage you to chat with the Toshiba team. Let us assist you in choosing the best system (with the most effective air conditioning filter) for your space.

Why Residential Central Air Conditioning is Perfect for Your Home

Is The Landlord Responsible For The Air Conditioner? Commercial Questions Answered.

Get Air Conditioning – Get Clean Air

Air Conditioners vs Hay Fever – Are You Ready For Spring?

We use cookies on our website to give you the most relevant experience by remembering your preferences and repeat visits. By clicking “Accept All”, you consent to the use of ALL the cookies. However, you may visit "Cookie Settings" to provide a controlled consent.
Cookie SettingsAccept All
Manage consent

This website uses cookies to improve your experience while you navigate through the website. Out of these, the cookies that are categorized as necessary are stored on your browser as they are essential for the working of basic functionalities of the website. We also use third-party cookies that help us analyze and understand how you use this website. These cookies will be stored in your browser only with your consent. You also have the option to opt-out of these cookies. But opting out of some of these cookies may affect your browsing experience.
Necessary Always Enabled

Performance cookies are used to understand and analyze the key performance indexes of the website which helps in delivering a better user experience for the visitors.

Analytical cookies are used to understand how visitors interact with the website. These cookies help provide information on metrics the number of visitors, bounce rate, traffic source, etc.

Advertisement cookies are used to provide visitors with relevant ads and marketing campaigns. These cookies track visitors across websites and collect information to provide customized ads.

Other uncategorized cookies are those that are being analyzed and have not been classified into a category as yet.

SAVE & ACCEPT
Powered by